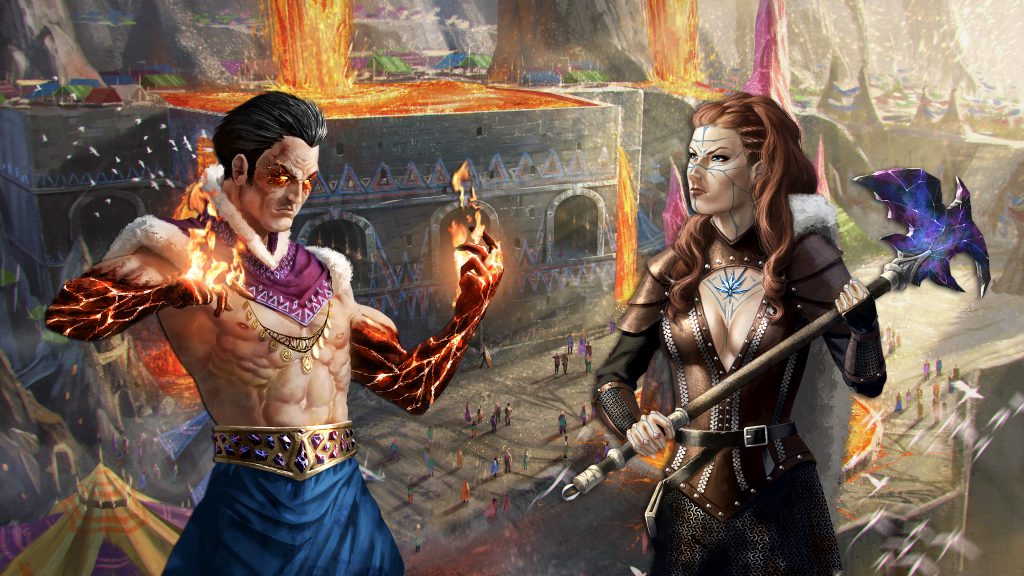 The Nontu: a primordial faction, with many fighting styles

Original from Nolaos, the Nontu are a warrior people of the tribal type, organized in complex social hierarchies.
Once they had landed on the planet of Krenus thanks to supernatural forces, their bodies absorbed the radiation of the Albedonite and mutated, becoming more powerful and hybridizing with the living matter of the planet that had welcomed them.

Each lineage is guided by its respective Tootemank, while the Huntakhi are Albedonite hunters in whose hands lies the destiny of the Nontu people.