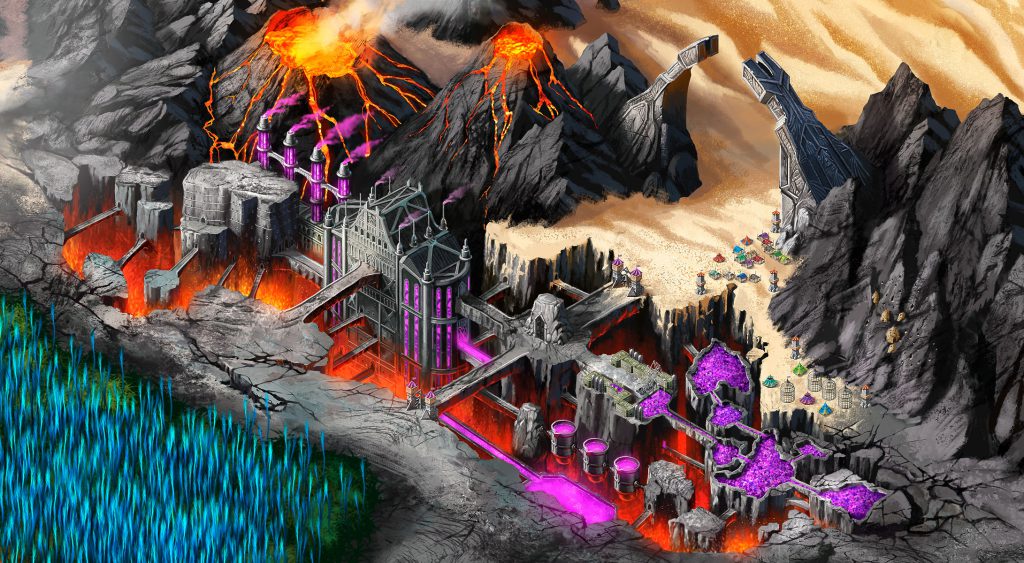 Keitu is an element with many distinctive features found on the planet Krenus, mostly in the form of cyan- and magenta-coloured crystals and, more rarely, also in a liquid state.

Through a process of extraction and refining, the Keitu crystals are artificially synthesized into a liquid, the state in which it produces its highest power output.

The Vertu discovered the characteristics and properties of Keitu in scientific texts written by the Syneans found in their laboratories while exploring the planet.

Following this discovery, the Vertu, like their predecessors, concentrated on using and developing technology around this element.

Keitu was described in these documents as a contaminating element: it appears that all living beings on Krenus carry some percentage of Keitu in their blood.

This contamination is harmless provided the level of Keitu in the blood remains minimal. However, a few decades before their disappearance, some Synean scientists discovered a dangerous reaction of Keitu when exposed to radiation emitted by Albedonite, activated by the passage of the Albedon comet.

According to these studies, the interaction between Keitu and Albedonite causes an acceleration of the absorption of Keitu by living beings and the activation of mutagenic properties latent in Keitu itself in the host body. The substance, if stimulated, enables the channelling of an external element or radiation into the organism. Vertu scientists believe that this is why their population can now manipulate celestial radiations, and the Nontu can do the same with the natural elements.

They are also studying the hypothesis that the current symptoms of distress exhibited by the population are caused by an excessive absorption of Keitu. It seems that some Synean studies prompted this thesis.

A rapid and excessive absorption of Keitu would be the main cause of the extinction of the Syneans on Krenus, as well as the symptoms that have begun to emerge in the Vertu and Nontu recently.