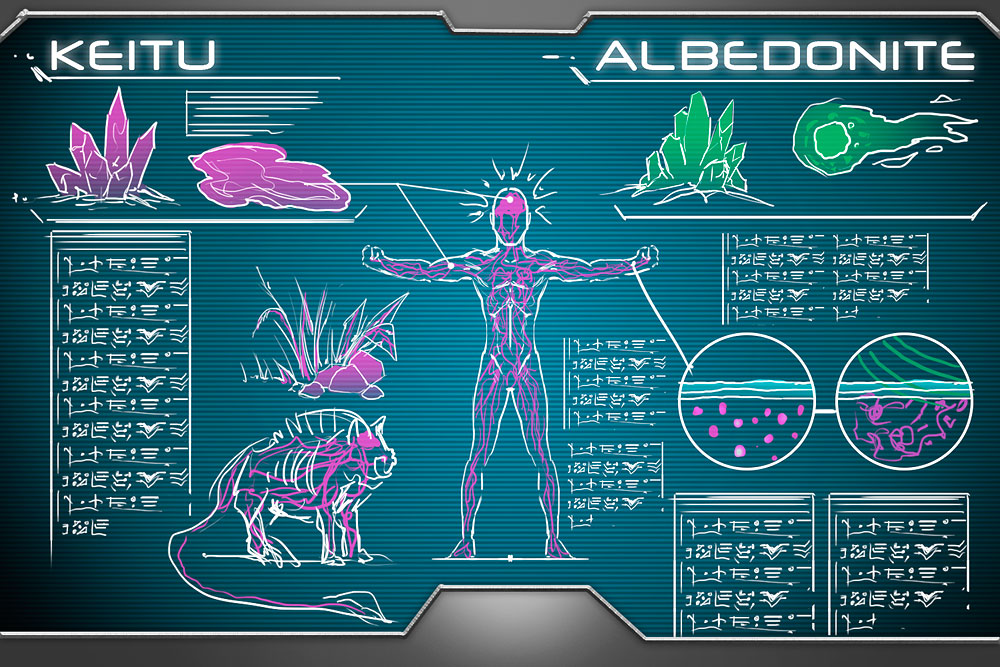 On their journey through the cosmos, the asteroids always land on the planet of Krenus, but only rarely do they cause a certain degree of damage.

During the most prosperous period of the Synean civilization, astronomers suspected that the rain of meteorites became radioactive during the passage of the Albedon comet. The ancient inhabitants of Krenus had noticed that the Albedonite already deposited on the planet would emit a strange green glow at that time.

Alarmed by this same fact, the Vertu scientists obtained some interesting information from documents found among the remains of an old Synean laboratory. This led to the discovery that exposure to Albedonite radiation influenced the behaviour of Keitu inside their bodies.

Initially, both the Nontu and the Vertu were enthusiastic about this reaction. The former saw their ability to manipulate the elements grow rapidly; the latter the channelling of radiations coming from the celestial bodies.

Soon however, some members of both factions showed strong signs of malaise and, with these, came the first deaths among the population. The Nontu and Vertu governments thus decided to join forces to investigate this disturbing phenomenon.

From joint research by the two factions, it emerged that during the previous passage of the Albedon comet, the Syneans had been affected by a strange epidemic; too late, their scientists realized that it was their bodies reacting to the excessive absorption of Keitu caused by radiation from Albedonite that had led to cellular suffocation in the host.

Armed with this information, the Nontu and Vertu governments sent out scores of troops to scour the Synean ruins in search of further confirmation of the facts discovered.  They found studies on a possible cure for the contamination, discovered by the previous inhabitants of the planet. 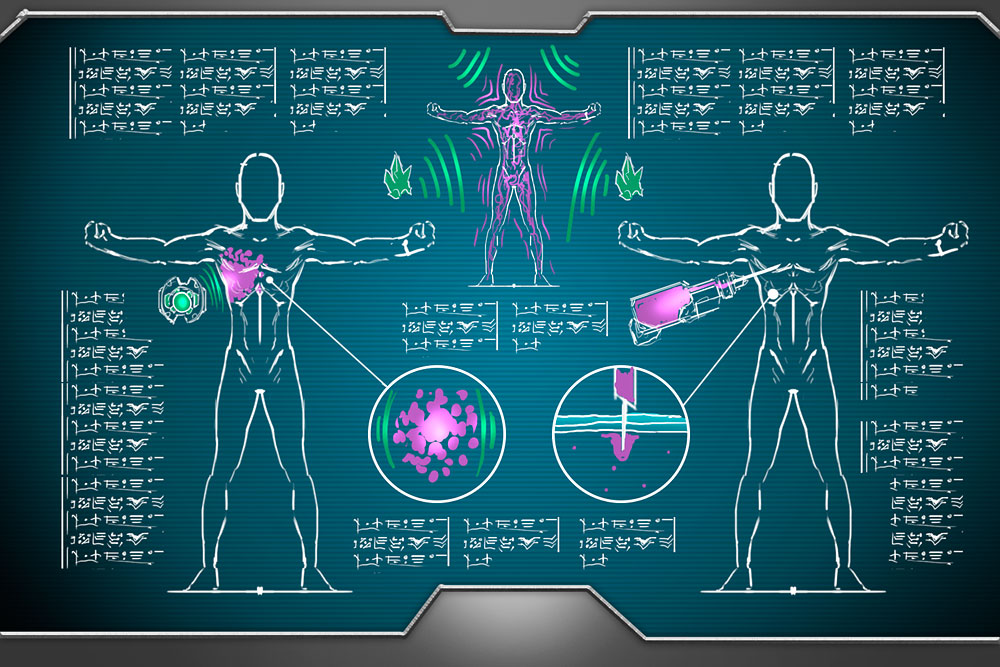 This cure, which the new inhabitants of Krenus made their own, consists in exposing the contaminated individual to a core of concentrated Albedonite which causes a magnetic reaction with the Keitu present in the organism and steers it all to the area exposed to the radiation. In this way, the Keitu condensate can be surgically removed, granting many months of new life to the host. However, this also significantly decreases the individual’s ability to channel the elements or celestial radiation.

Accordingly, both factions founded special Albedonite Hunter corps: Jarnis founded the Huntakhi, while Jara set up the Seekians. Their mission is to explore Krenus in search of the Albedonite necessary for their faction to treat victims of contagion.

Close exposure to radiation confers prodigious powers on the Albedonite hunters, which make them extraordinary fighters, able to tackle the many hidden dangers lurking in the wildest areas of the planet, and pushing them to venture beyond the boundaries of hitherto unexplored areas.

However, continuous exposure to Albedonite forces them to periodically submit to a purification process which saves their life but at the same time deprives them of the abilities acquired thanks to the mutation.