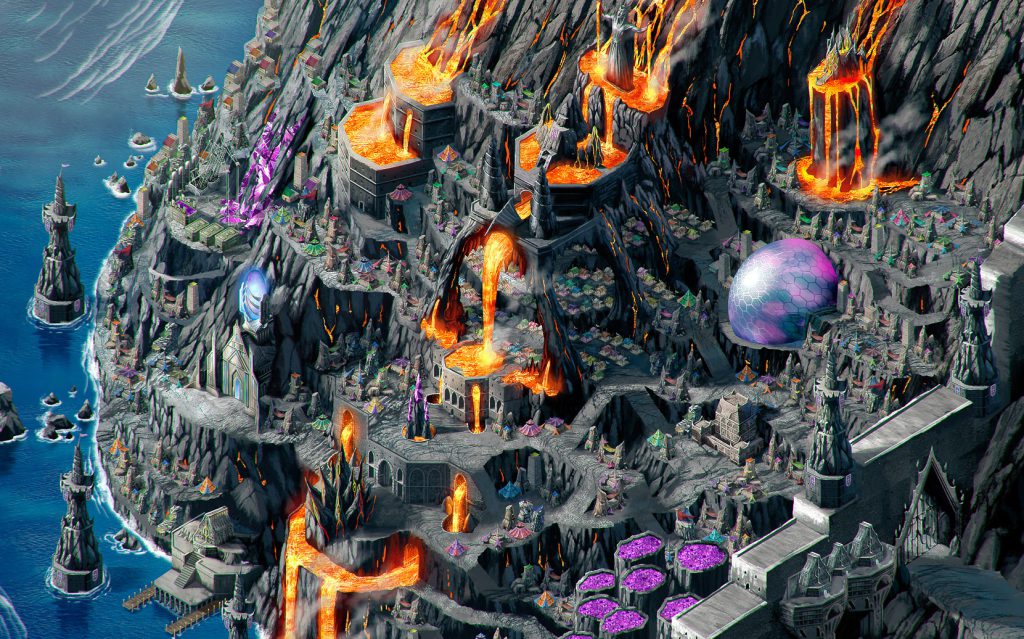 Reigning over the Nontu lands is the capital of Vuurkan, fortified on the western slope of the Hiphes volcano and descending to the ocean, in whose waters the lava which runs down the mountain cools off.

A place of coexistence and turmoil among the races, it is densely built up on the magma and full of warrens dug into the lava.

The sacred places and sites of conflict that travellers encounter on their wanderings are many: from the Statue of Hudral, Avatar of the god Vulcan to the Temple of Sacrifices, from the Great Central Market Hall to the Arena of magma, from the Plaza of the Spines to the Dome of Judgement, the Port, and its hangars.

Only those who possess the Seal can exit and enter the capital with impunity through the single gap in its fortified walls: The Gates of Vuurkia, manned by the Guards.