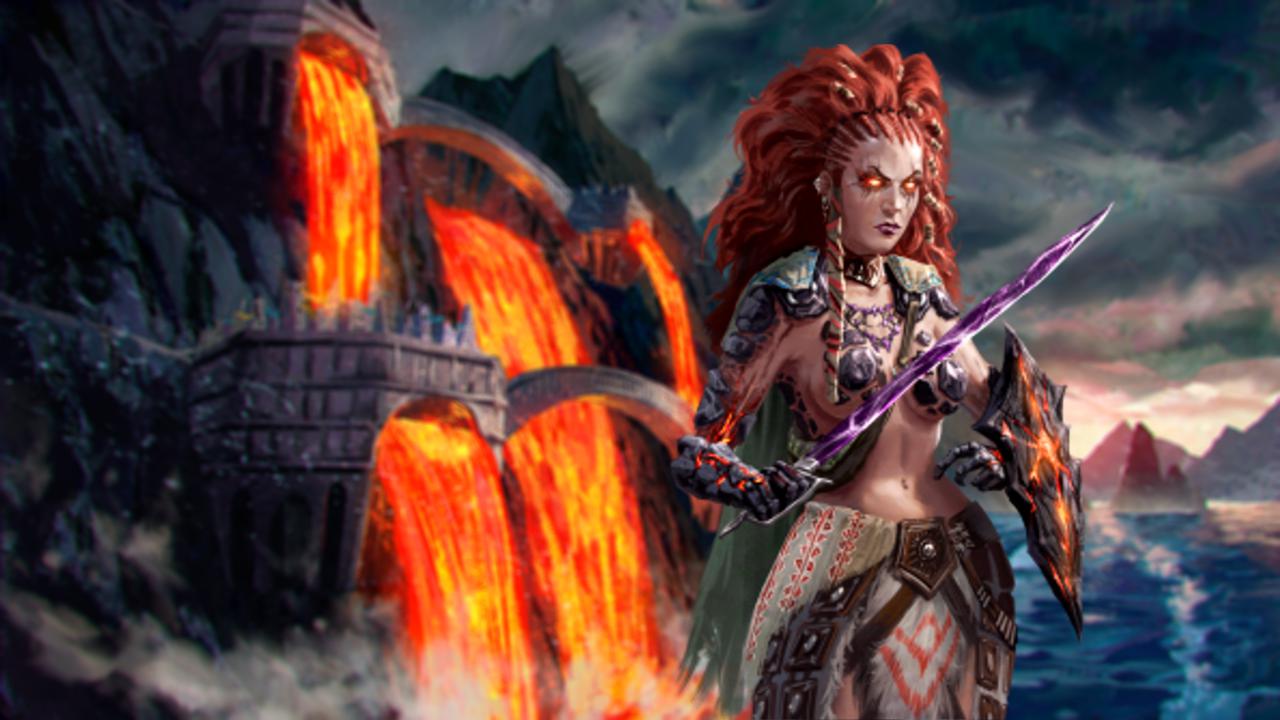 Much shrewder than she looks at first sight, Falaxe is certainly rash, but also ingenious and capable of devising sophisticated traps to drop her opponents into.

Her Ukuba Huntakhi great physical strength, in denial of her apparent slenderness, makes her an unpredictable opponent and a tireless explorer, as well as a partner to count on in battle.

Provided no one has done her wrong: in that case her desire for revenge will be difficult to curb.

Her childhood was the first artificer of her destiny.

Avrays himself, the Albedonite Hunter she owes her freedom to, was one day sacrificed to the God Hudral, charged with being too lax with the prisoners, especially Elhani, accused of abominations.